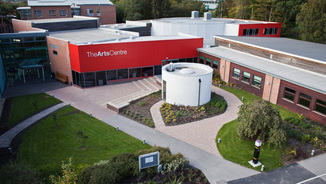 The Time is Now: Suffragette Presented by ICE and i4P

ICE and i4P present The Time is Now

The Time is Now is a national campaign about women and education, women's rights and women and film.

An intense drama that tracks the story of the early feminist movement as working women fought for the right to vote. Turning to violence as the only route to change they were willing to lose everything in their fight for equality.

Pussy Riot: A Punk Prayer The incredible story of 3 young women on trial in a case that gripped the world