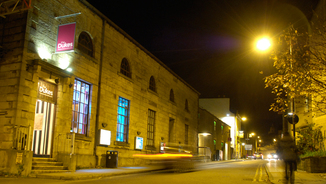 Mustang One of the best films of 2016

Mustang at The Dukes, Lancaster, reviewed by Lauren Randall

In 1999, Sofia Coppola announced her presence as a feature-film director with her debut picture The Virgin Suicides, a tale of free-spirited sisters clashing with their authoritarian Catholic parents and forced to stay at home to avoid temptation. Adapted from Jeffrey Eugenides novel, the film – narrated by the older versions of the teenage boys who befriend the sisters – is like a hazy dream, all soft colours and sounds that coat the rebellion and repression smashing against each other. It’s a mystery that lifts the veil a little more each time you watch it.

The story is simple but the emotional complexity that Ergüven pulls from both her camera and the quintet of young actresses produces a staggering depth that lingers long after the film has finished.

Deniz Gamze Ergüven’s own debut feature, Mustang, is strikingly evocative of Coppola’s film and yet no less fiercely its own entity. Set in a small Turkish coastal town, it tells the story of five sisters who, following innocent play misinterpreted, are punished into home captivity by their grandmother and uncle in an attempt to keep them from boys before they are to be married off. The story is simple but the emotional complexity that Ergüven pulls from both her camera and the quintet of young actresses produces a staggering depth that lingers long after the film has finished.

Each are given their moment but the film’s narrator is the youngest sister Lale (Günes Sensoy). Equally mischievous, naïve and engaging, Lale is the tempestuous centre of the girls’ story, a bright fireball of emotion who reacts to the oppressive acts of her elders with the touching defiance of a child seeing her desires, small and grand, taken from her. It’s through her young eyes that we see the love and bond between the sisters. It’s her adult voice we hear narrating their tale, Ergüven and co-writer Alice Winocour placing the power of storytelling in their female’s hands.

It’s unabashedly a feminist fairytale that she weaves, peppered by sardonic humour (‘the house became a wife factory’) and recollections that veer from the dream-like to the stark. The camera loves its symbolism (the girls, a tribe of wild hair, stumble into a garden of apples following their games on the beach), in particular lingeringly repeatedly on thresholds. The blandness of newly-built walls merge with the fertile greenery and reflective windows offer glimpses of the ocean in a view that becomes familiar to the audience as well as the girls, all whilst the sisters move from child to teenager, teenager to potential wife, and battle against the patriarchal hierarchy that seeks to stop them laughing out loud.

The film’s final images, as a result, are some of the most affecting you’ll see on a cinema screen all year.

An edge of melodrama threatens to overshadow the film’s focus towards the end, but Warren Ellis’s score – a stirring sound whenever called upon; a tremble, a rise, a pulse that manages to embody each girl’s soul and spirit – lets us ride with it. Its emotional rawness, gripping and uplifting, rises the story of the sisters above any potential narrative pitfalls. The film’s final images, as a result, are some of the most affecting you’ll see on a cinema screen all year.

Ergüven’s film doesn’t shy away from voicing its opinion on the world and society it focuses on, casting a liberal eye on cultural traditions and refusing to blink. It does so to provoke thought, to turn the camera back to its audience and ask them how they respond to its snapshot of a society. In the screening I attended, the audience remained in their seats as the credits rolled – not silently, but in enthusiastic conversation, as though they couldn’t hold in what they wanted to say any longer. It’s unsurprising, really. It’s one of the best films of 2016.

Mustang A story of female empowerment