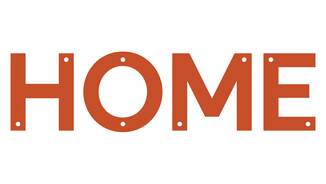 Summertime in cinemas and on-demand from 15 july 2016

Paris, 1971, Carole and Delphine meet and fall in love. When Carole follows Delphine back to her family farm, the two find lesbianism and feminism are not so simple in rural Limousin. Summertime is a warm, gentle and moving story about two young women trying to balance their feelings and relationship with conservative duty and tradition.

Summertime is in cinemas and on-demand from Friday 15th July and gives precious focus to the experiences and voices of women, at a time when it is more important than ever to demand gender parity in the film industry. The film, directed by Catherine Corsini, particularly foregrounds the 1970s feminist movement, telling the story of Carole and Delphine who meet in Paris against the backdrop of feminist activism and fall in love.

"We are living in a time of terrible regression, and it is of vital importance to acknowledge it and act on it. Every time I take part in a meeting, I’m making a point of letting women be heard. I don’t understand why women are still considered so scary today, why they are prevented to think, why they don’t have the same rights. Why?"

Circumstances dictate that Delphine must return to her rural family home, Carole unable to exist in Paris without her, follows her new love to Limousin in south-central France, and it is then that the women must face the opposition to their relationship, their love and their dearly held values.

From vibrant scenes of civil unrest on the streets of Paris, to the lushly photographed rural landscape, director Catherine Corsini has crafted a radiant, sensual exploration of love between two women caught in a turbulent era.

Director Catherine Corsini and producer Elisabeth Perez, who also happen to be partners in life and love, describe wanting to make a film which retraced the history of both feminism and lesbianism in 20th century France and the profound influence each had on the other.

Why did you choose to set Summertime in the 1970s?

I really wanted to pay tribute to feminist women, who have often been vilified, called sex-starved neurotics... For years I haven’t really been a true feminist myself, I almost agreed with that vision of them. But I quickly came to realize that I owed many of the benefits I live by today to these women who fought and campaigned for them. Many of them were homosexual. Thanks to this movement, they were finally able to make themselves heard. Actually, homosexuals have really been instrumental in the emancipation of women in general. I was appealed by the vitality, the audacity of the feminist movement. I don’t see anything quite similar today. I realized that feminism puts the human element first, and it has been the main principle in the writing of the film.

The historical material is intrinsically mixed with Delphine and Carole’s personal journey...

Finding how to connect an intimate story to history was the focus of our debate while we were writing the script. How can you campaign for a cause, be brave for others’ sake, but still find it hard to defend your own “cause” in your private life? I could relate to this dichotomy, and it brought interesting elements to fiction and drama. Delphine feels uneasy in her private life, yet she has the courage to release a man incarcerated because he is gay, and to throw veal lungs at an “anti-abortion” doctor.

"Summertime is a film with women, about the women’s movement, with a love story between two women... I didn’t want to have petty men around."

How did the casting go?

I wrote the part for Cécile de France, I knew she would be perfect for it. It was just obvious. I like her brightness, her bravery, her stylishness. When you already have an actor in mind, it’s simple. For Delphine, it wasn’t as easy. To stand up to Cécile, we didn’t need an ethereal figure, but rather a strong person. A girl who wouldn’t exactly be the “Parisian” type, so that she’d look convincing enough on a tractor. Izïa Higelin had this character, this raw and wild side. She has quite a fiery temperament. I think that acting costs her dear, and this is what makes her so touching.

Out of the two characters, Delphine is the one I can relate to the most. This is probably why I found it so difficult to cast the right actress to play her.

You keep creating echoes between political and intimate issues, for instance in the scene when Manuel points out to Carole that she is fighting for her freedom, yet at the same time she gets caught into a love story that makes her dependent...

I really like the character of Manuel, I found it interesting to have him make Carole confront her own contradictions by telling her that her commitment shouldn’t be limited to the lecture hall with her friends, and that we should agree that he is right. He fell in love with Carole because she was free, and he reminds her of it... I didn’t want him to be a jerk, just a jealous man, focused on his own problems, even though he is hurt.

They are both teachers, heirs to the May 1968 social upheaval, he is a Maoist, and they probably campaigned together at some point. This couple lives by the principle that it is possible not to lead a conventional, bourgeois life. When they do fight, it isn’t violent. Manuel tries to make Carole change her mind using reflection, he tries to reach her through reason. Summertime is a film with women, about the women’s movement, with a love story between two women... I didn’t want to have petty men around. I wanted them to pay attention to women, and not just be their antagonists. As Carole says at the beginning: “We are not against men, we are for women”.

“We are not against men, we are for women”.

Is it still relevant today to talk about the Women’s Liberation Movement?

Yes it is, more than ever, considering the fate of women in the world. Women have to rise up, because they are still the first victims of authoritarian regimes. They are still oppressed. The right to abort was questioned in Spain only last year... To me, tomorrow’s revolutions and changes must be sparked by women. At the time of the film, women claimed equality, equal pay, “that women shouldn’t be objectified like promotional items”. Today, the situation remains the same, despite a few advances, people’s mentality hasn’t evolved enough. We are living in a time of terrible regression, and it is of vital importance to acknowledge it and act on it. Every time I take part in a meeting, I’m making a point of letting women be heard. I don’t understand why women are still considered so scary today, why they are prevented to think, why they don’t have the same rights. Why?

Summertime is in cinemas from Friday 15th July, find your nearest screening here.