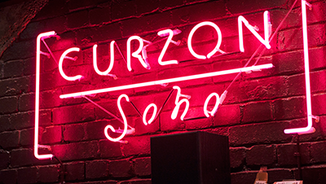 Set at sea, runaway lovers find themselves in the eye of a storm, where childbirth, death and superstition are challenged by the power of love.

Marina and Adrienne is inspired by Pericles, Prince of Tyre.

Written/directed by Nat Luurtsema and produced by Jennifer Eriksson and Iona Westlake.

Three sisters – Elsab, Magrit and Merope – battle through poverty and rumours that they’re witches just because they’re a little ‘wyrd'.

Through accidental tragedy, murder and war, the downtrodden Wyrdoes finally fight back! WYRDOES is a comedy inspired by Macbeth.

Prof. Carol Rutter (University of Warwick; specialist in women and Shakespeare in Performance)

This event is part of Film London and the British Council’s Shakespeare’s Sister initiative designed to give voice to underrepresented female creatives as part of Shakespeare400 - this year’s programme of events to mark the 400th anniversary of Shakespeare’s death. The two short films were chosen following an intensive selection process which saw some 265 applications and a shortlist of six projects.

Curzon Soho one of London's most popular attractions