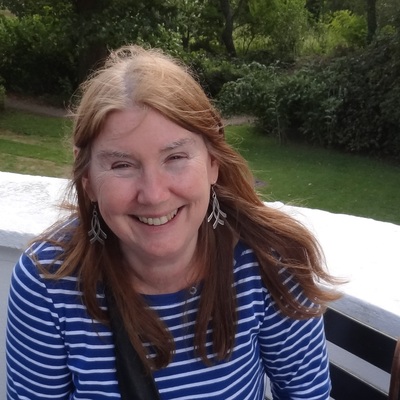 Mary Rouncefield graduated in 2009 with an honours degree from the faculty of Art Media and Design at the University of the West of England, where she had studied as a mature student. Mary works in both drawing and print, focussing on human rights issues affecting both women and children. Her 3D work incorporates hand-drawn images on every-day objects which then themselves convey meaning to the work.

Past exhibitions include the Jerwood Drawing Prize in 2007, ‘Titanic 100’ in New York and various exhibitions held at The Royal West of England Academy in her home city of Bristol.
In 2014 a series of drawings on Human Trafficking were exhibited by Guerilla Galleries in London. Mary also contributed work to ‘Traditions Run Deeper than Law’ at the Red Gallery in 2015. A conference held at the Center for Women’s Health and Human Rights at Suffolk University Law School (Boston MA) also featured her work, in June 2015. This summer, Mary painted live at Upfest 2015, the Street Art festival held in Bristol. She also has work included in the Wellcome Images biomedical image library.

Mary cares very much about the injustices and cruelty meted out to vulnerable members of our human society, and believes that art can be a means of communication and a catalyst for change.