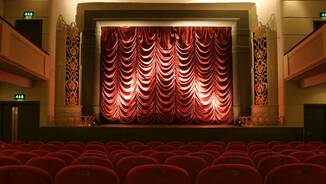 To mark the release of Suffragette, we've teamed up with the Newcastle City Guides to put on a special Deeds Not Words walk exploring Newcastle's Suffragette history.

Suffragette is a stirring drama that tracks the story of the pioneering foot soldiers of the early feminist movement as they fought for the right to vote. The initial peaceful protests of women seeking the vote achieved little in the advancement of their rights. It took a combined and organised effort of working class women and women from the genteel educated classes to bring about this change. Radicalised and resorting to violence in a dangerous game of cat and mouse with a brutal state, they were willing to lose everything in their fight for equality – their jobs, their homes, their children and their lives.

The Deeds not Words walk will give you the chance to celebrate the life of the suffragette Emily Wilding Davison and find out more about how Newcastle suffragette women met, marched and behaved badly, in order to win the vote. This will be followed bya screening of the film at the Tyneside Cinema.